You’re invited to a free organ concert! Celebrate the refurbishment of our Church’s 1972 Moller Organ. Glorious music for organ and voice!

Dr. Randall Sheets – Dr. Sheets recently retired as Ceremonial Organist for Arlington National Cemetery, where for the past 25 years he performed over 1000 services a year in the historic Old Post Chapel. He served as a resource for military chaplains and families planning services.

A graduate of Wittenberg University, he studied with William Walters (piano) Trudy Faber (harpsichord) and Cheryl Colantonio (organ). He received a MM from Bowling Green State University under Jerome Rose (piano) and Vernon Wolcott (organ) and a DMA under Thomas Schumacher (piano) at the University of Maryland. Throughout his graduate study Dr. Sheets taught at the University of Maryland and the Smithsonian Institution, and later at the Levine School of Music, the National Cathedral School, and the Landon School. His scholarly work includes published articles and many lecture-recitals. He was awarded the Liszt Commemorative Medal by the Hungarian Minister of Culture for his work as Festival Director of the Franz Liszt Centennial Celebration held in Washington, D.C.

Dr. Sheets has extensive experience as an organist and choral conductor, and handbell director and has produced and managed concert series. He has appeared as an organist at the Washington National Cathedral, the Franciscan Monastery of the Holy Land, West Point Cadet Chapel, National City Christian Church, the Basilica of the Shrine of the Immaculate Conception, St. Luke’s Catholic Church in McLean, historic Bruton Parish in Williamsburg, and the Piccolo Spoleto Festival in Charleston, South Carolina. Randall tours frequently with trumpeter Chuck Seipp as the Seipp/Sheets Duo.

Alvin (Ted) Gustin – Ted Gustin is the Organist at the First Church of Christ, Scientist, Alexandria. A native of Dayton, Ohio, Ted has served as our Wednesday night Testimony meeting organist since the mid-eighties. He became our Sunday organist as well in 2010. Ted holds degrees from the Cincinnati College’s Conservatory of Music and the Washington Cathedral College of Church Musicians. He served as organist and choirmaster at historic Christ Church in Old Town, Alexandria, for 37 years and Temple Beth El Hebrew Congregation, Alexandria, for 45 years. He retired from the Music Copyright Cataloging Division of the Library of Congress in 2002, after a career of thirty-seven years.

Ted studied organ with Wayne Fisher and piano with John Quincy Bass at the Cincinnati College Conservatory of Music. At the National Cathedral he studied with Dr. Leo Sowerby and Dr. Paul Callaway. He has presented recitals in Washington, D.C., New York, Connecticut, and Ohio. In high school Ted was inducted into his Class of 1959 Hall of Fame in 2003.

Ellen Broetzmann – Ellen Broetzmann has been a soloist at this church since 2017 and the Fairfax Christian Science Church since 2016. She studied voice in middle and high school with former longtime Alexandria church location soloist Tricia Lepofsky. Ellen attended Stetson University, earning a bachelor’s degree in music, vocal performance. She has soloed with the Stetson University Concert Choir on a national tour, performed with the Stetson University Opera Theatre in the Interharmony Music Festival in Sulzbach-Rosenberg, Germany, performed at the Kennedy Center under the baton of Marvin Hamlisch, and played the role of Cissie in Benjamin Britten’s Albert Herring at Lorin Maazel’s Britten Festival in 2008 and 2009.

Upon moving back to this area, Ellen taught voice and piano for some time. She is currently the Soprano Section Leader of Voce Chamber Singers, in Vienna, Virginia and serves as registrar

at Congressional School in Falls Church where she loves working with children every single day and making a difference in their lives as a role model and support system outside of the classroom.

Cindy Joy Gossman – Cindy Joy Gossman was born and raised in Tidewater, Virginia and has been singing in Alexandria since 2007. An alumnus of the music program at Northern Virginia Community College and a highly praised choral singer and classical soloist, Cindy has led a distinguished local career as a singer and music educator. She taught Music Together classes for many years in Del Ray, Alexandria, is the previous director of Alexandria Kinderchoir and the Blessed Sacrament Children’s Choir, is the current leader of Cantamos, and directs the Alexandria Symphony Orchestra’s El Sistema-inspired music education program, Sympatico. Cindy seeks to bridge the gap between folk and classical music. She currently plays second mandolin with the Takoma Mandoleers, sings with DC Indie Rock band The Invisibles, and performs locally as a folk/rock singer-songwriter. Her favorite hobbies are bicycling, gardening, swimming, and hiking. She lives in Arlington, VA with her two children and husband Joe. 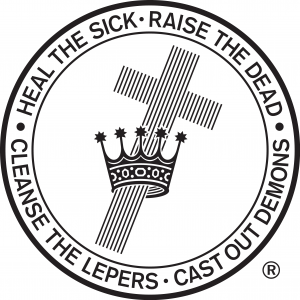